When does a draft become a rewrite? Is anything after the rough draft a “rewrite,” or does your story have to be farther along (i.e., less crappy)? Sorry—that’s probably a little too esoteric for a Friday morning. Maybe I’ll look it up when I’m not so busy second drafting/rewriting. Overall, I’d have to say I’ve enjoyed my first week of Book Five rewrites (gotta call it something), but it’s a contradictory process. There are entirely new scenes to be added (two in particular are going to be so much fun!), descriptions to flesh out and motivations to clarify. But I’ve also got to cut some bloat from the first half (yes, those were my manuscript’s too-salty days). I’m hoping for a net page reduction (after all, it has to fit in its  brand new custom cover for launch, and those always add pages), but only time will tell.

I’m afraid I can’t share much about my enjoyment of the process because that would involve me gushing plot and character spoilers (and you subsequently making rude gestures at your screen). Most of my non-enjoyment of the process is the kind you can’t do much about: resentment toward the clock that only has twenty-four hours and toward the other things that steal away my time. But then there’s the tech. 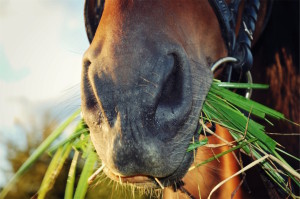 I work on a laptop (although I dream of the day I make Big Girl money and add a shiny, plate glass window-sized iMac, or that fancy screen thing from The Minority Report). As awesome as Scrivener is, there’s only so much that will fit on my 13” screen, especially when I’m also referring back to my editor’s feedback in MS Word. Some things, like bloat-cutting, are just easier to do on an actual, printed manuscript than on the screen. I’ve had a monster, workhorse of a black and white printer for over a decade that survived several years of legal work, (poorly packed) USPS shipping to Hawaii, and all the subsequent environmental hazards the island has on offer for electronics. However, it draws so much power it makes our lights dim, so it’s now residing at my husband’s office (which, unlike our home, is not “off the grid”). The best thing about our current multi-function printer is that we rarely have to use it. A few days ago I spent over an hour trying to print and then scan one page. One. Page. Can you imagine 455 pages? I think I’ll be visiting my husband, and my old banker box-sized friend, soon.

Then there’s my mouse. It took going through four AA batteries in two days to figure out that our battery recharger doesn’t actually work anymore. I just ordered a new one, but in the meantime, all of our rechargeable batteries are dead and I can’t bring myself to buy more. (Is there anything more depressing than that drawer full of random, unidentifiable adaptors and meh batteries?) But hey, I worked on a laptop without a mouse for years, right? How?!?! Have I 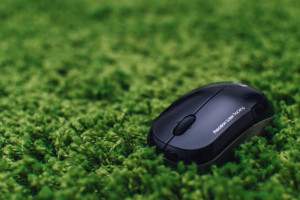 suffered brain damage, or is it now impossible to function electronically without a mouse? Not only does my glide point have an anemic click that sometimes accomplishes something and sometimes doesn’t, I am completely lost without my mousie right-click.

Aren’t you glad I’ve been enjoying the rewrites? 😉

Now that I’ve finished alternately bubbling and kvetching, I’d promised you an update on the Sydney Brennan Short Story Survey I posted a couple of weeks ago. (In case you missed it, you can help me choose the subject of the next Sydney Brennan Short Story here.) The Ill-fated JD Weekend had an early lead, but Surveillance with Noel has now pulled ahead. Only a few people have voted, so really, it’s still anyone’s game. The survey is open through February 15, 2016, so please vote now if you haven’t already.

In addition to my four ideas, I’ve opened the floor for suggestions, and you can vote for your own concept. I thought I’d share a couple of the reader suggestions I’ve received so far. First, sending Sydney to the Big Island is tempting, but I don’t see that happening anytime soon. (It’s hard enough getting her to leave Florida.) Second, another reader suggested a Sydney dream—not à la Dallas, for you classic primetime soap fans—with her meeting either Justice William Brennan or Donald Trump. Interesting. Sydney’s friend Roger Weber might soil his elegantly tailored suit at the thought of meeting Justice Brennan (as might I, minus the elegant tailoring and the suit), but I’m not sure it would have the same significance for Sydney. And leaving aside any feelings I personally have about Mr. Trump or his politics, I’m not sure Sydney would be safe with him. Or more specifically, I’m not sure her hair would be safe. (There must be at least two potentially fantastic hairpieces atop her head.)

So again, please drop by and vote and share your ideas—funny or serious, I love them all! And if you’ve already voted but you had an epiphany (of the Sydney variety only, please) in the middle of the night… shh! don’t tell anybody, but you can vote again.

[Computer mouse by Patryk Dziejma and Horse eating by Bara Cross, both from stocksnap.io]