You may have noticed, in my various ramblings, that I’m a fan of the TV show Castle. Some of the long-term story arcs are wearing, and some seasons are inconsistent (see The Challenges of the Wayback Machine for a mini-rant). But at its best, the cast has great chemistry, and at its worst, you’ve still got Nathan Fillion. My husband and I recently watched an episode that looked like a nice, goofy one. (We were taking a break from Broadchurch; I wrote about Season 1 in Stories I Love, but Season 2, still impeccably performed and filmed, is even darker). Castle and Beckett go undercover as newlyweds at a dude ranch. Nathan Fillion wearing a six-shooter again—how can you go wrong? (What, no Firefly fans?) The episode was fine—it was definitely light, which is what we were going for—but afterwards we agreed it was surprisingly flat. I started to think about the story, to try to figure out what was missing structurally. My husband pointed out that Nathan Fillion had some very good physical comedy moments. And he did; he always does… ah-ha! I was too tired for serious story analysis, but just awake enough to have a minor epiphany that relates back to my own writing.

I’m taking my time with some serious rewrites on the fifth Sydney Brennan release, Braving the Boneyard. It’s an unusual experience for me. The best, simplest writing advice I’ve ever heard (all hail Anne Lamott and Ernest Hemingway) is “Write shitty first drafts.” It’s very freeing, and it makes sense—when in doubt, just get something on paper that you can work with. But I never really followed it; generally, my first drafts aren’t that shitty. Or at least, they’re not that far removed from my final drafts (an accommodation to anyone who thinks my final drafts are shitty, except then why are you reading this blog?). However, with Boneyard, I found that I just had to slog forward, get to the end of a very rough draft and get some distance (and a second pair of eyes) to help me regroup before attacking rewrites. I wrote about working on pacing in the Panacea rewrites (Why You Should Be Glad You Don’t Live in a Novel), but this goes beyond pacing to the meat and bones of the manuscript (not quite the whole skeleton, but a limb here or there). 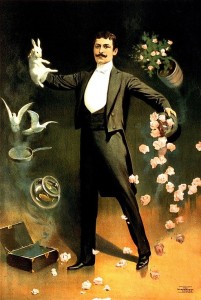 One of the things my developmental editor pointed out was that there were places in Boneyard where Sydney’s voice was carrying the story. That’s the greatest strength and weakness of writing in first person, right? People who love the voice love the books; people who don’t can’t stand them. But there’s a temptation to rely on the voice to gloss over the things that aren’t working, like a stage musician—watch my hands (my character’s witty banter), not the box I’m moving with my foot (the big plot hole)! Which brings us back to Castle. The show often relies on Nathan Fillion’s charm to carry the weak parts of the story. (On reflection, many of the episodes I didn’t enjoy were ones that had shifted away from his point of view.) When done well, the Castle-Beckett chemistry (strangely absent in the dude ranch episode) also propels the episode, letting the writers fudge on the story elements. (In their defense, 160 episodes is a lot of time to fill, under relentless deadlines.) But the show’s strongest episodes go beyond that, checking off all the story boxes so the “voice” is just the icing on the cake. One that comes to mind is “Under Fire” from Season 6, which showcases the supporting cast. The investigative portion was solid enough, but the scenes with Ryan and Esposito in the burning building while Ryan’s pregnant wife waits outside… wow! For me, at least, those pushed all the right buttons. [Castle SPOILER: I didn’t get hung up on the unrealistic bits; if Lanie can get forensic DNA results in an hour, she can deliver a woman’s first baby in an ambulance in the same amount of time.]

So that’s what I’m working on, trying to make sure Boneyard isn’t just “fine,” because you enjoy spending time with Syd, but that I check off as many of those other story boxes as possible. It’s taking a little longer, but hopefully it’ll be worth the wait.

One last reminder: if you’re reading this before the end of the day on February 15, 2016, head over to Vote for the next Sydney Brennan Short Story you’d like to read (and me to write). And the floor is open for suggestions. The sky (and the big thing in it that monitors all internet traffic—you’ve heard of that, right?) is the limit.