Last month I posted a Survey to see what Sydney Brennan Short Story you’d most like to read. It closed earlier this week, and the results are in. From most to least popular: 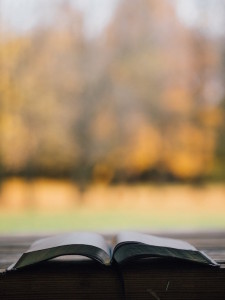 So, Noel and Syd it is! To be honest, I was pulling for Syd and Ben, but I’m pretty psyched about writing the Noel story next. For both the Noel and Ben stories, I have a little hook in my head that I really like (the oh-won’t-that-be-cool kind, not the irresponsible arm-swinging pirate kind). Since they’re short stories, I didn’t want to give too much away, but it was very hard not to jump in and say, “What if I told you [x]… then would you vote for it?” The Syd and Noel story also has a tangential connection with (what will probably be) the next Syd novel, so it’s a good choice for that reason as well.

I know some of you were pulling for JD, but the more I thought about it, the more I realized it might complicate my long-term story arc timeline. Plus, I’ve said it before, and I’ll say it again: Don’t worry; JD will be back in another novel. He’s fun to write, which is my primary reason for bringing back characters (it’s why Glenn will play such a big role in Braving the Boneyard). And JD may still get a short story down the road. One of my story ideas that didn’t make it to the survey is how JD met Sam and Danny (no Syd in sight for that one). I didn’t include it because, although I don’t know the details, I do know it’s a pretty dark story, and “pretty dark” isn’t exactly the kind of brain palate cleanser I have in mind right now. (For you more imaginative types, I have a metaphorical palate in my brain, not an incompletely absorbed twin.)

The release date for the Noel story (meaning before or after Boneyard) will depend on my copy edit schedule, but I’ll have a better sense of that in the coming weeks and will let you know. Rewrites on Braving the Boneyard continue. I’ve been chipping away some unnecessary bits, but so far I’m net adding words, and I still have at least one big scene to add, and another to fill in, and… Soon, I’ll have to sacrifice a forest by printing the monster manuscript so I can do some substantial cutting by hand as well. Which brings me that good old editing inspiration standby (not really, but it does make an excellent Friday ear worm), The Lumberjack Song. Enjoy. Or don’t hold it against me. Po-tay-to, Po-tah-to.