Not to be anticlimactic, but yes, the lava is still flowing out of Lower Puna, specifically out of Fissure 8 all the way to the sea in a lava river. The beginning of this USGS video from yesterday (June 14, 2018) shows standing waves in the lava, like a beach day in Hell. In fact, I spent way too much time this morning trying (unsuccessfully) to find my pictures of a place that no longer exists, as if Pele wiped out all digital evidence, too. Perhaps a later blog post…

Sometimes it’s sunny and sometimes it’s raining, but this is what it looks like most days driving toward Pahoa, deeper into lower Puna toward the eruption. 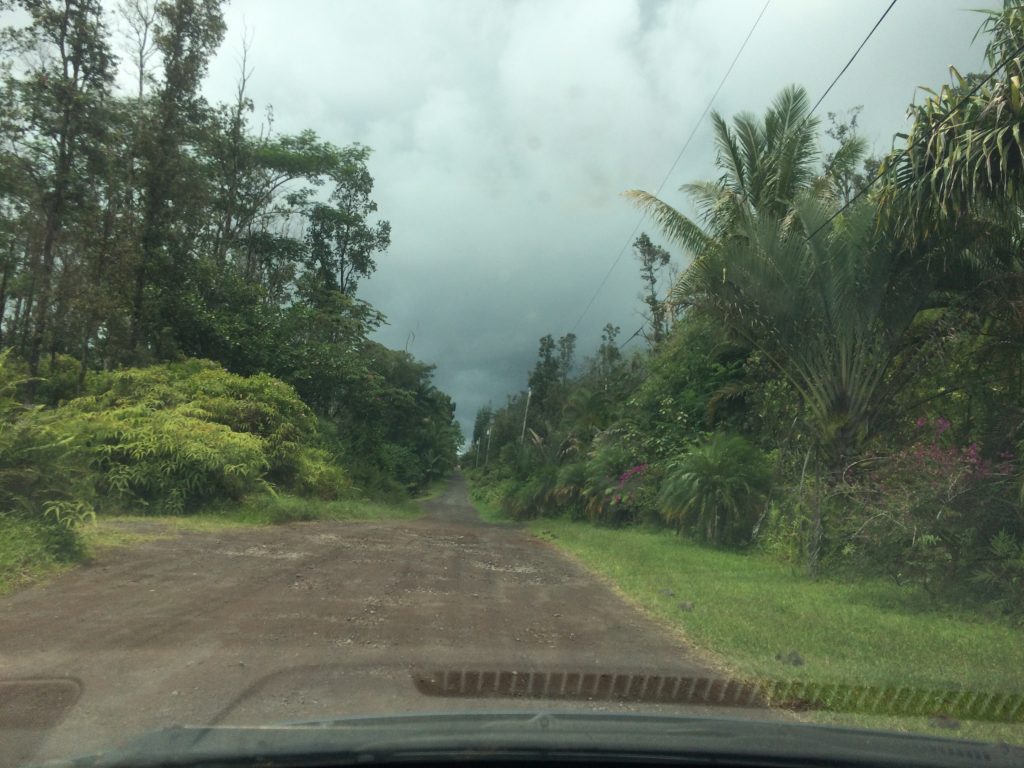 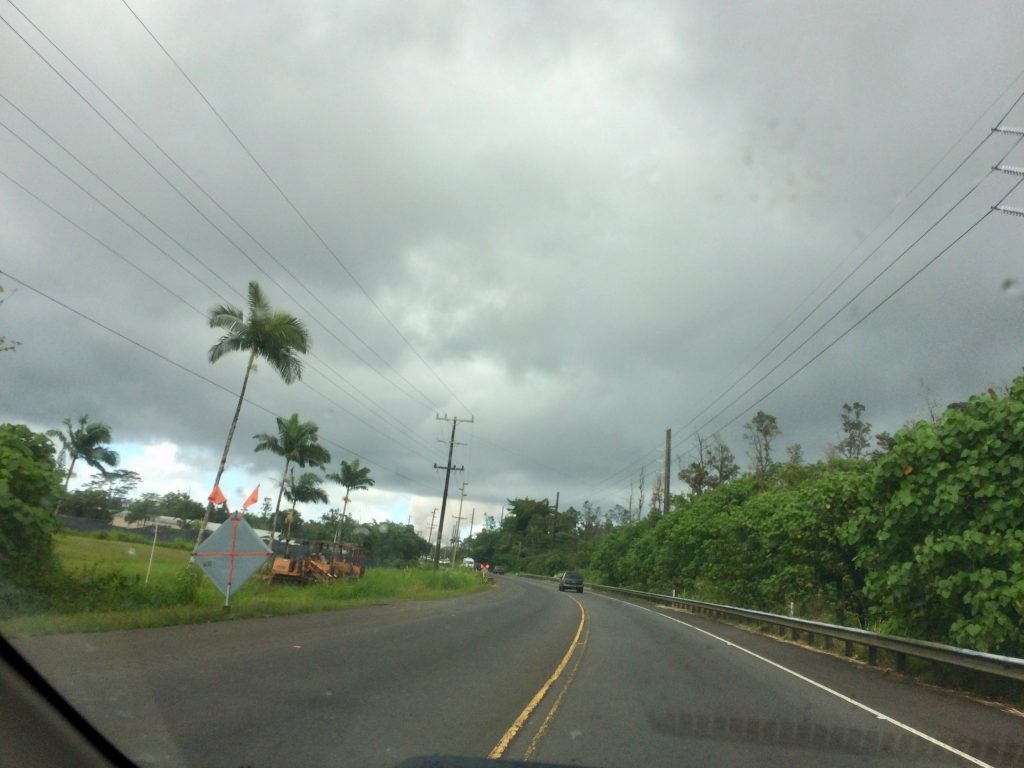 The first picture is on my “street” and the second is on the main Road 130. (I know, it’s a little catawampas, but I was driving; at least I waited until no one was coming). Look closely in the second one and you can see the slightly yellowish smoke rising on the horizon. I keep expecting the Avengers or someone in fancy costumes to show up because that’s got to be an apocalypse. We’re off the grid (only solar power, no lines coming in) and had a couple of days that the gunk was so thick in the air (and probably on our panels) that we had to use the generator to top up the batteries at night. Normally, we’d get about 1.2 kw over the course of a socked-in, really snotty (i.e. low input) day. Our new record low: 0.3 kw.

The air often smells “off” and occasionally smells like Satan’s farts. (Admittedly, if I’ve met the Prince of Darkness, I don’t recall it, but I do have three dogs, thus more than a passing familiarity with flatulence.) The smell actually woke me one night, blowing in with a wall of heavy rain. Seriously. It was so intense, I didn’t even try to blame an earthbound creature. Fortunately, it was also relatively fleeting. Or it burned out my scent receptors. Po-tay-to, po-tah-to.

I’m so thankful to be living where we are—again, in that mildly inconvenienced but completely safe zone. I can’t imagine what it must be like for those closer to the eruption or closer to the volcano. There’s an ashfall event (meaning an explosion at the summit that blows out crap) pretty much every twenty-four hours. Lately, the winds have been carrying heavy vog from the eruption to the rest of the island as well. People are getting worn down. And yes, I am a people.

But I’m not going to belabor the blah because it’s Friday! I am endeavoring to recharge this weekend and come flying back at you next week with crazy energy. Or at least something more than a monotone. In the meantime, I thought I’d share a few more photos—same area of the sky, same freakiness. But keep scrolling to the end—they’re not all Gates of Hell-ish. I’m also including doggies and flowers and lizards. Because they’re still here, too. 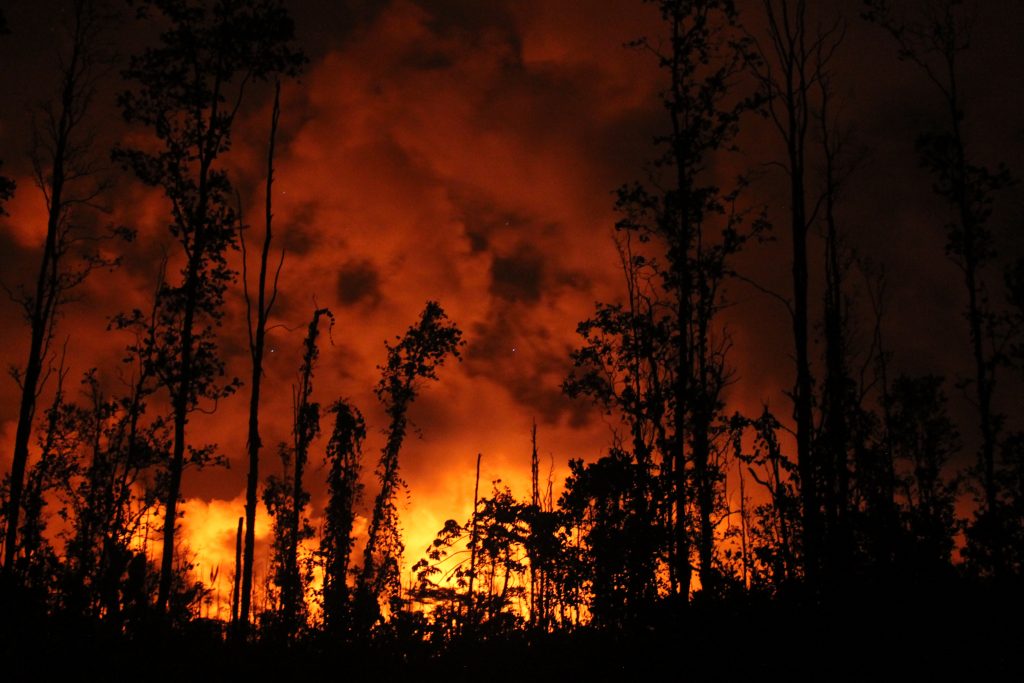 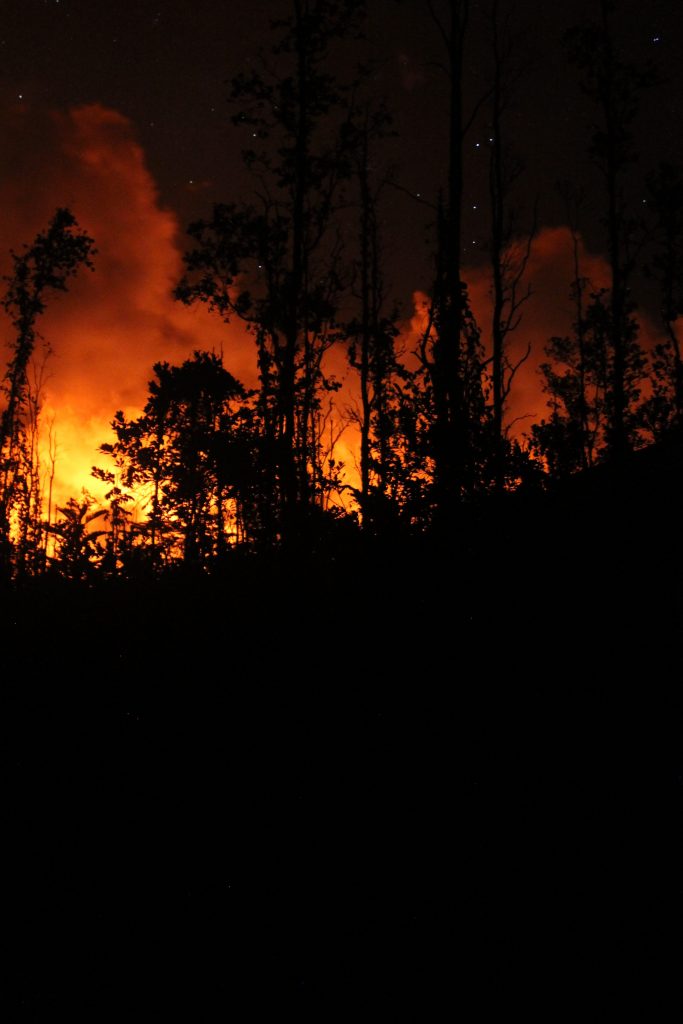 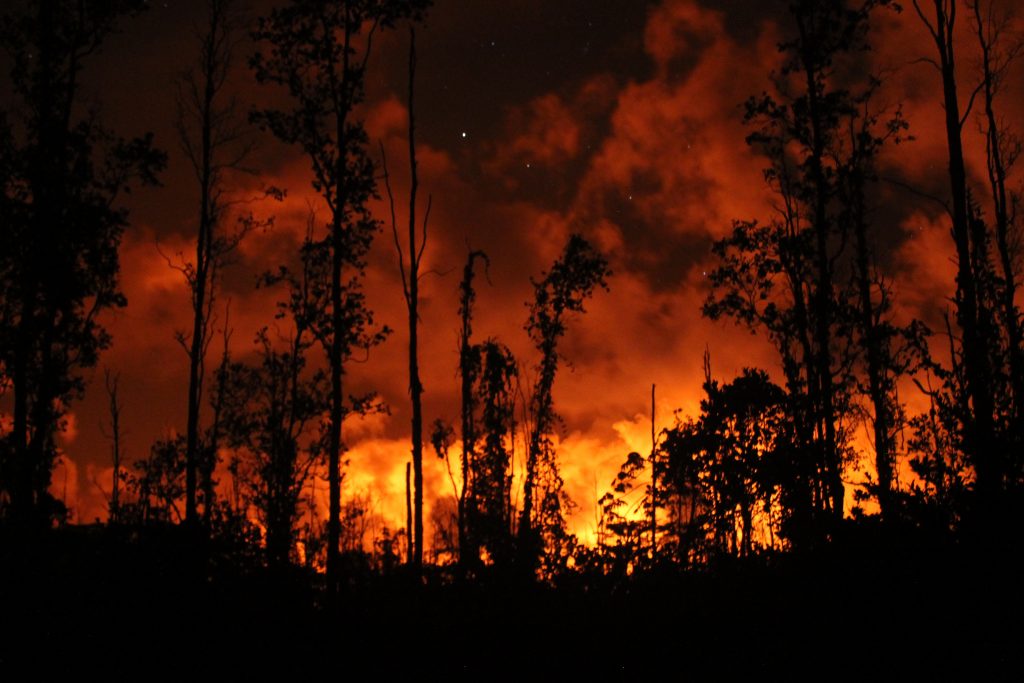 What astronomer wants to tell me what that bright thing is over the tree hook? (June 6, 2018) 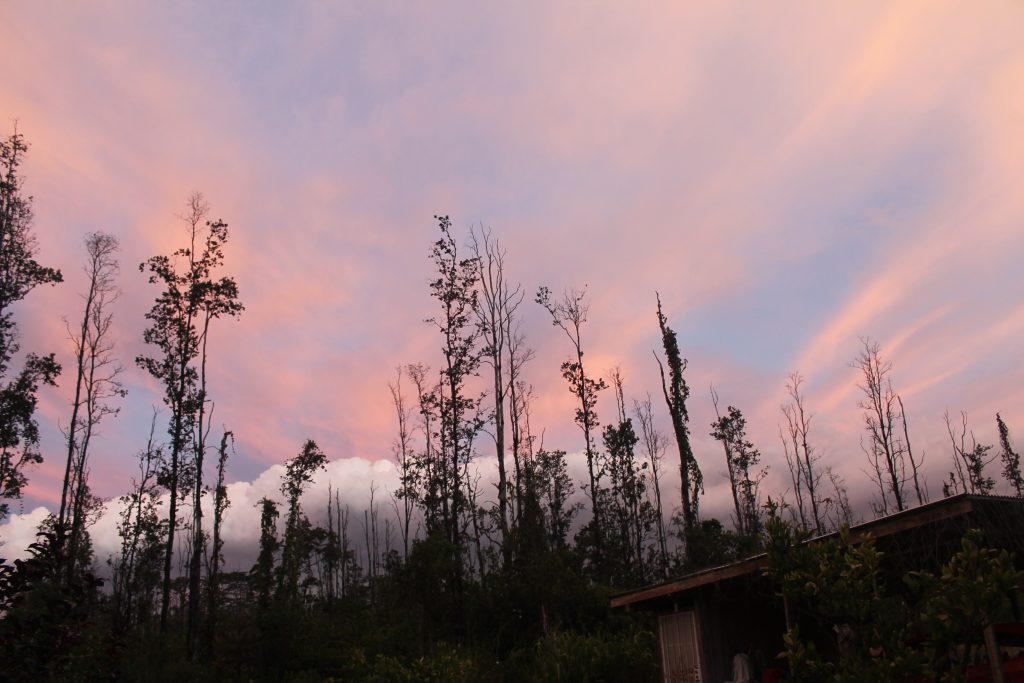 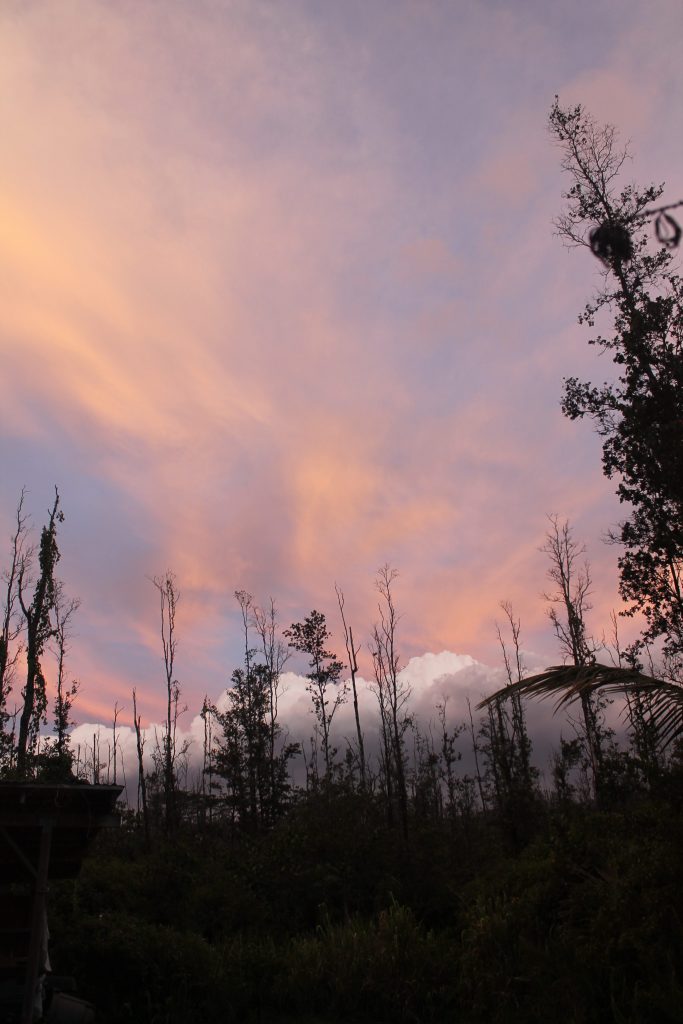 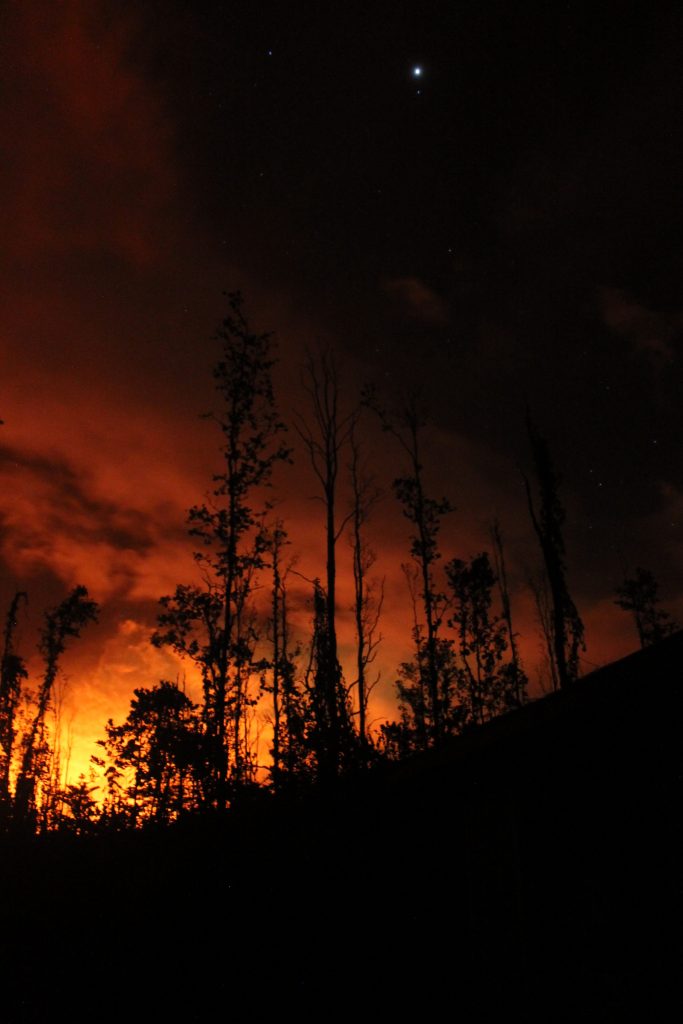 And later that night… I believe the sloping shadow is our carport (June 11, 2018) 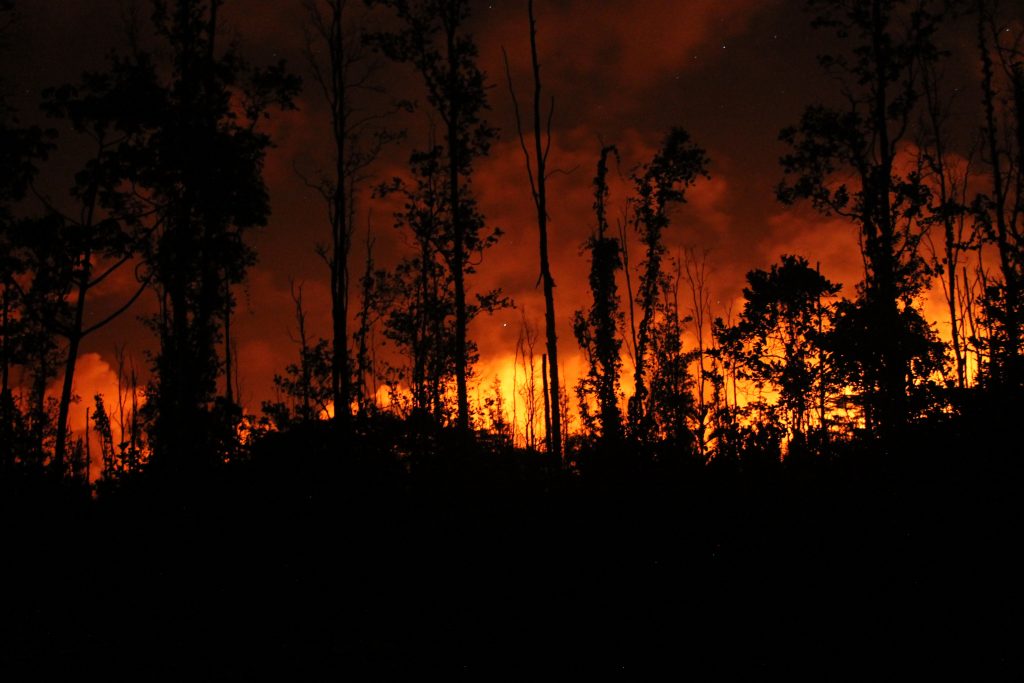 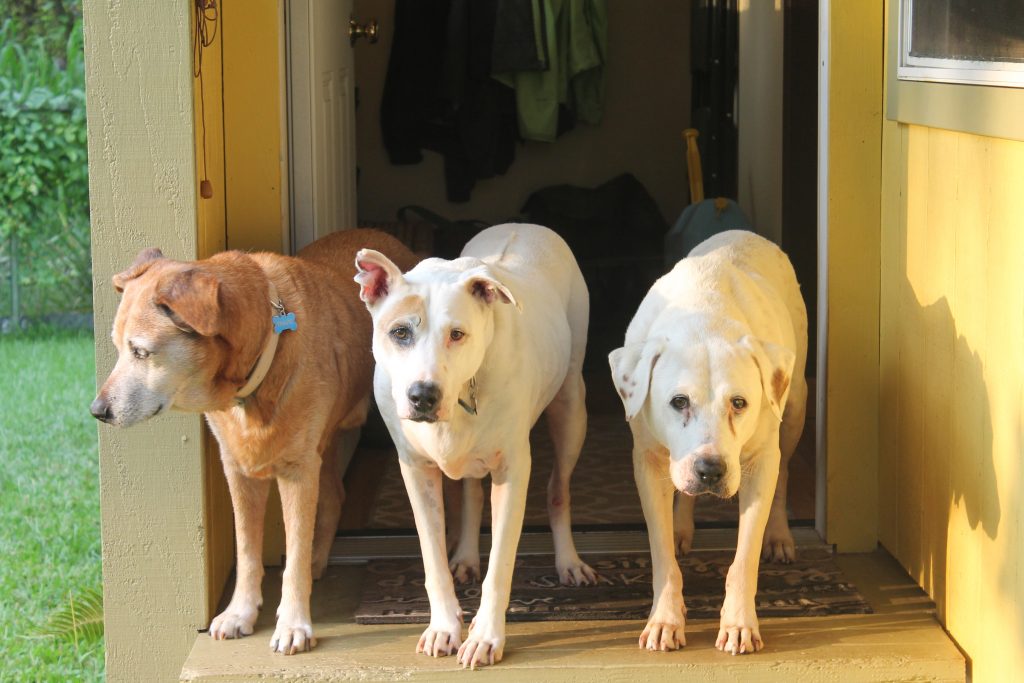 End of days or not, dogs still need walking 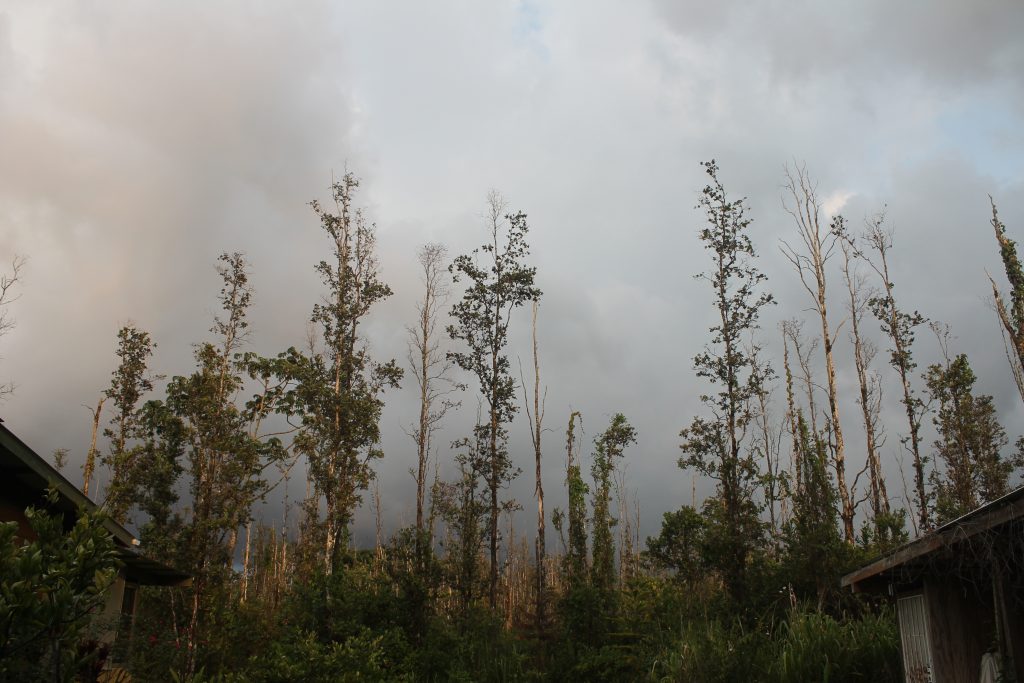 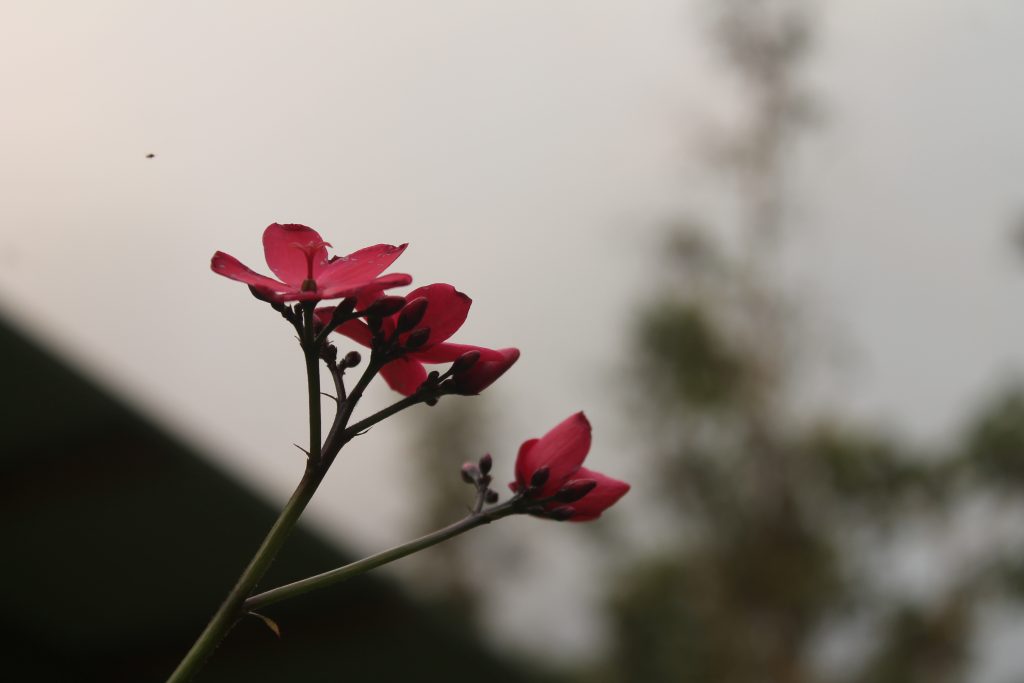 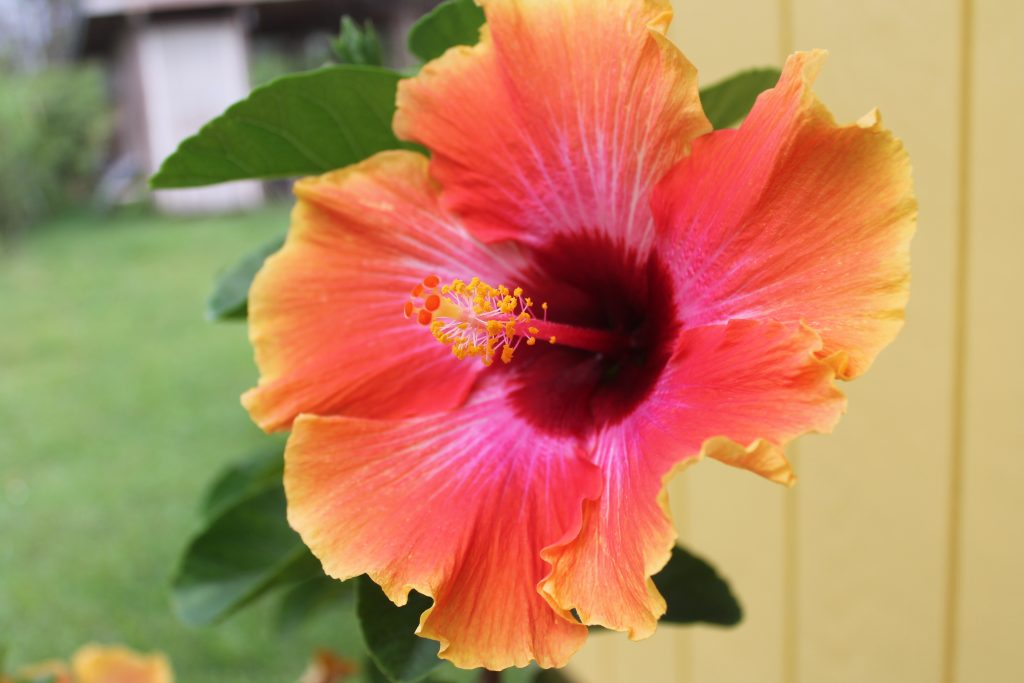 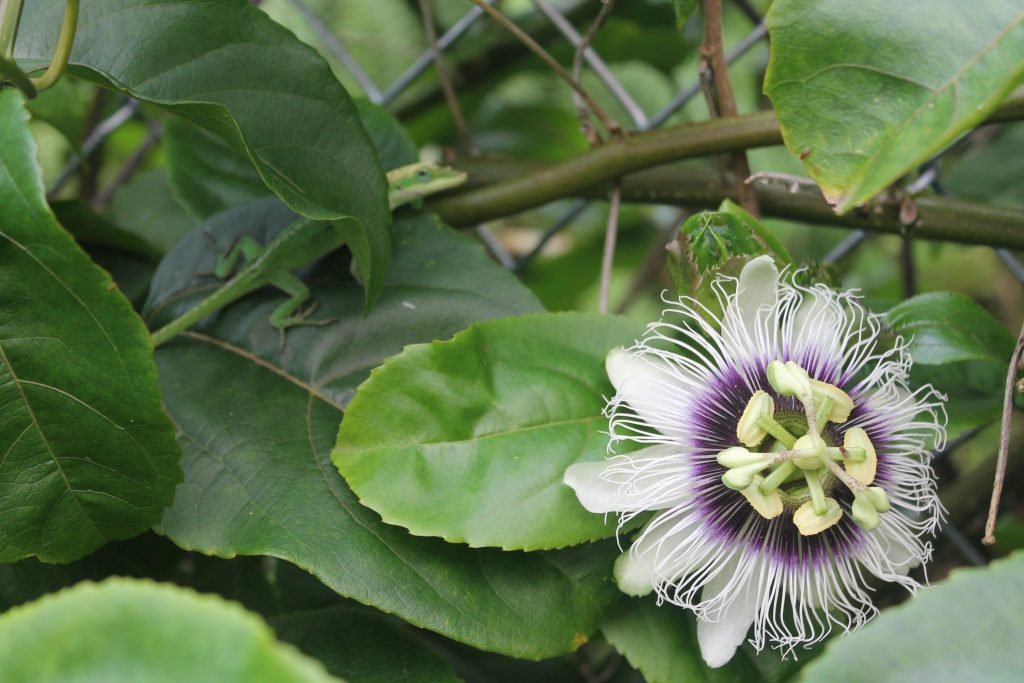 Lizards and lilikoi (and yes, there’s fruit on the vine) 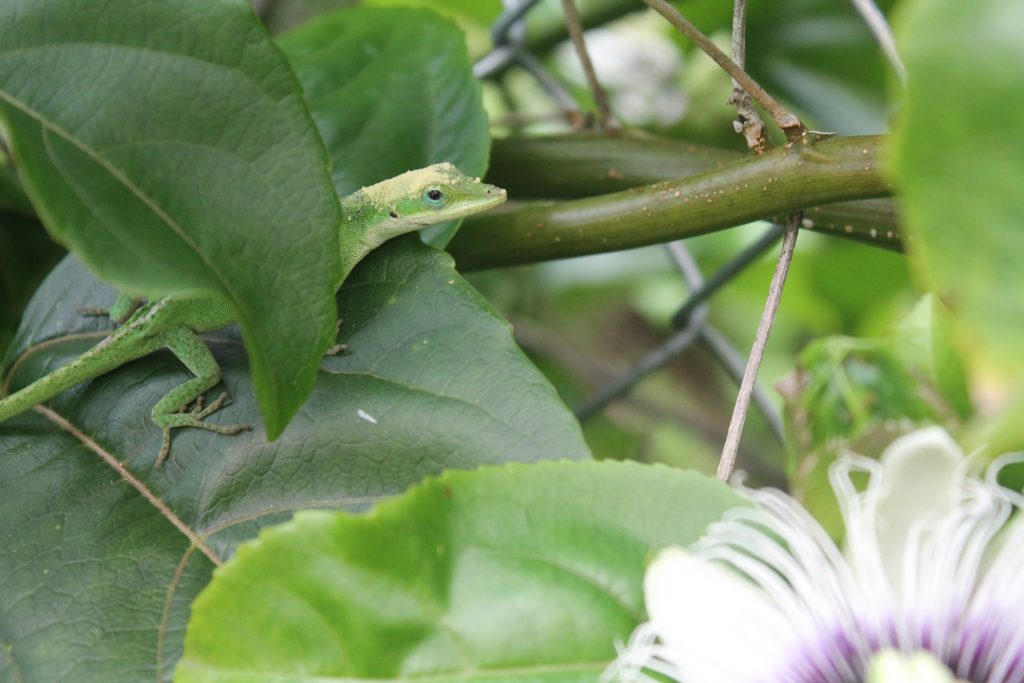 There’s fruit because this anole is pollinating with his head

Now go off and find your doggies and lizards (that’s a metaphor; you don’t actually have to stuff your pockets with anoles, unless you want to) and have an awesome weekend! Unless you don’t know what that is. (If Downton Abby gave us nothing else, this Maggie Smith moment was worth the whole show.)