I’m not exactly lousy at math, but it is a skill that seems to elude me at the most inopportune times. Case in point: I forgot to include some transitional steps in my 2017 book production schedule. Whoops! That means that, despite a gorgeous spreadsheet complete with colors and formulas, I’m now two weeks behind on a tightly scheduled Dead Hollow Book Two. A few days ago, the panic kicked in and I skipped a step (shh! don’t tell anybody) and started the rough draft because I couldn’t wait any longer. It feels good, even if I’m only chipping away at the edges. Not writing has been driving me crazy, and this is a good way to get my head back in the story. I even had a dream about one of my characters last night, someone who hasn’t appeared yet but will a few chapters from now. Creepy Cool. 🙂 (Creepy because he’s not a nice guy, cool because now I have a little more insight into him.)

Speaking of getting into the story, this is your last reminder: you can still get Book One, Prodigal, on Pre-order for 99 cents (that’s 75% off! unless my math is off again) until it goes live Tuesday, March 14, 2017. With the official release date fast approaching, I thought it would be a good time to share how the Dead Hollow series came to be. 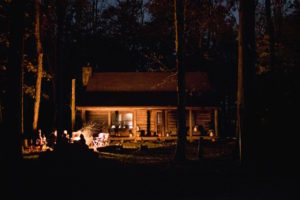 Like most writers, I keep a file (make that multiple files that I’ll never find) of ideas that aren’t ready to be written. A couple of years ago, an image popped into my head, and I typed up a seed of a concept I called The Return. A guy shows up on a woman’s porch. He hasn’t seen her for years, and she’s holding a shotgun. This is the snippet of dialogue I jotted down back then (it starts with the man speaking):

-Did they know who you were?

-What do you think?

-I think you better hope they didn’t.

I knew that the guy wasn’t much of a fighter. I wrote, “Growing up, he didn’t have to be. She was enough fighter for both of them.” And I knew it was a small town, and that he arrived out of nowhere at night. That’s pretty much it. I didn’t know who the characters were, why he’d been gone (or for how long), and what brought him back. I didn’t know who they worried might have recognized him, or why. But I knew their relationship was something special, and they felt vivid. So I set down that moment in time, and hoped someday I’d come back to it.

Fast forward to last year, when I needed a break—a palate cleanser, if you will—after the most recent Sydney Brennan novel, Braving the Boneyard. I decided to write a standalone novel set in Hawaii. The protagonist doesn’t live in Hawaii, but ends up there—you guessed it—on her honeymoon. I did a bunch of research and some character prep and I was about to start writing when the unexpected happened. I found myself in an apprenticeship with a group of indie publishers I really respect (despite their often juvenile sense of humor). During the eight-month program, my fellow apprentices and I would take a project from idea (pre-idea, really) to launch.

I initially tried to stick with the Hawaii book, but it soon become clear that my stand-alone was not a good fit. I started to panic (yes, for the second time in one blog post). What the hell was I going to write about? I had decided to write a thriller, and I needed something new, something that could be a series. That’s when I remembered the idea file… could the moment between those two characters be my Apprentice Project? You better believe it! 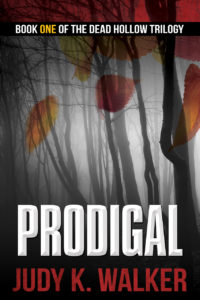 So I had the tiniest bit of a story nugget. What next? As we analyzed subgenres, it turned out I was most likely to get eyes on the new books if I wrote Kidnapping or Serial Killer. Seriously? Neither of these would have been my first choice, although ironically I found Serial Killer less disturbing than Kidnapping. Of course, as I thought about it, I realized that both of those elements were present in one or more of the Sydney Brennan PI Mysteries. Hunh. And then inspiration hit, bundled alongside the two words that are a writer’s best friend. What if… what if he showed up because… and then…

I cannot tell you how much fun it was—how much fun it still is—to find my way in this new story. Fun, but not necessarily easy. So much of the journey involves bumping into my preconceptions and pushing beyond my comfort zone. (I’d love to tell you another of the big can I do that? story walls I bumped up against, but it’s a small spoiler.) But that’s the best part, the part that hopefully helps me grow as a writer. I can’t wait to write the complete Dead Hollow arc because I love it and the characters so much, but I also can’t wait to see where this new outside-the-box attitude takes Sydney Brennan. In other words, even if you find the Dead Hollow series isn’t for you, I hope you’ll get some benefit from it, in the form of a new and improved Sydney Book Six. And Seven, and Eight…