If you’re a regular blog reader, you’ll know that my husband and I recently traveled from our home in Hawaii to the mainland to visit family and friends and do a little book research. I’ve resisted using the word “odyssey,” but it did feel like one: from Hawaii to New Orleans to Pensacola to Tallahassee to Virginia and West Virginia over a couple of weeks. For today’s post, the Gulf Coast leg… 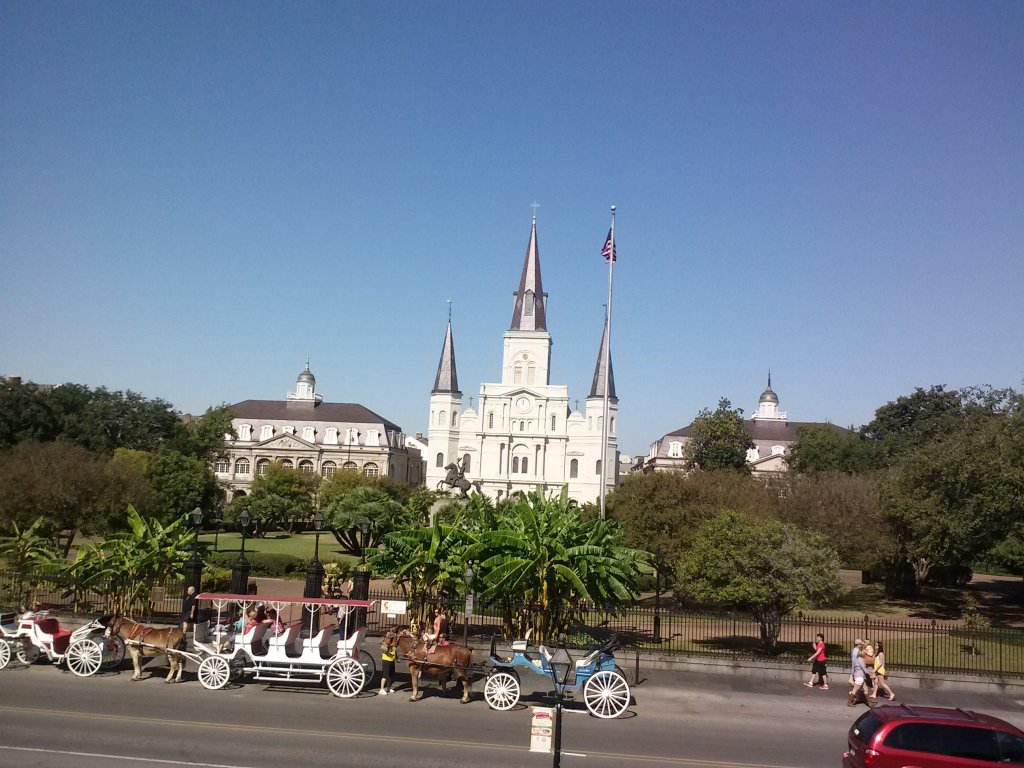 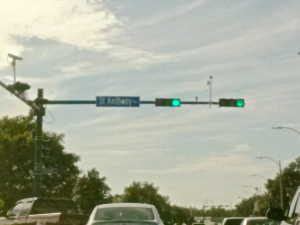 It was strange, revisiting these places that are touchstones in our lives. In New Orleans, having beignets at Cafe du Monde while watching carriages in front of Jackson’s Square on a sunny day, you could easily be inhabiting any time during the past several decades. Then there are some spots that recognizably haven’t recovered from Katrina, while projects like the completed Canal St. streetcar line to the cemeteries are a post-Katrina change for the good. We were only in New Orleans for a few days, but that was long enough to get my husband lost in his hometown. We followed the same street out around the edges of the city, over the beautiful Bayou St. John and beyond, often having a sense of our general area but no idea where we were on a map. (Note for the pop quiz at the end: this is a recurring theme.) Crossing Saint Anthony St. was not helpful–what happened to truth in advertising? 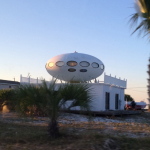 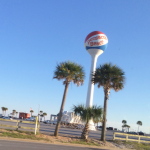 We had drafted my intrepid mother-in-law for our Gulf Coast adventures, and on the first night of our eastward journey, the three of us stayed at a very nice hotel in Pensacola Beach. (Hint: margaritas would have been an appropriate beverage.) My husband grew up spending a chunk of every summer at Pensacola Beach. We’d vacationed on Santa Rosa Island together (and Sydney spends some time there in the next novel), but I doubt any of us had spent time there post-Hurricane Ivan. With the exception of the Spaceship House and the Beach Ball, Pensacola Beach was almost unrecognizable. The amount of development, including a clump of five high-rises on one end, was staggering, especially considering the devastation the area had suffered during Ivan. Of course, once you made your way to the Gulf, the sand and water were as captivating as ever. Even in late October, the Gulf was a little warmer than the Pacific we’d left behind, but cooler air temperatures and heavy breezes made for a brisk morning swim, alone. (The few people on the beach obviously lacked our island heartiness.) 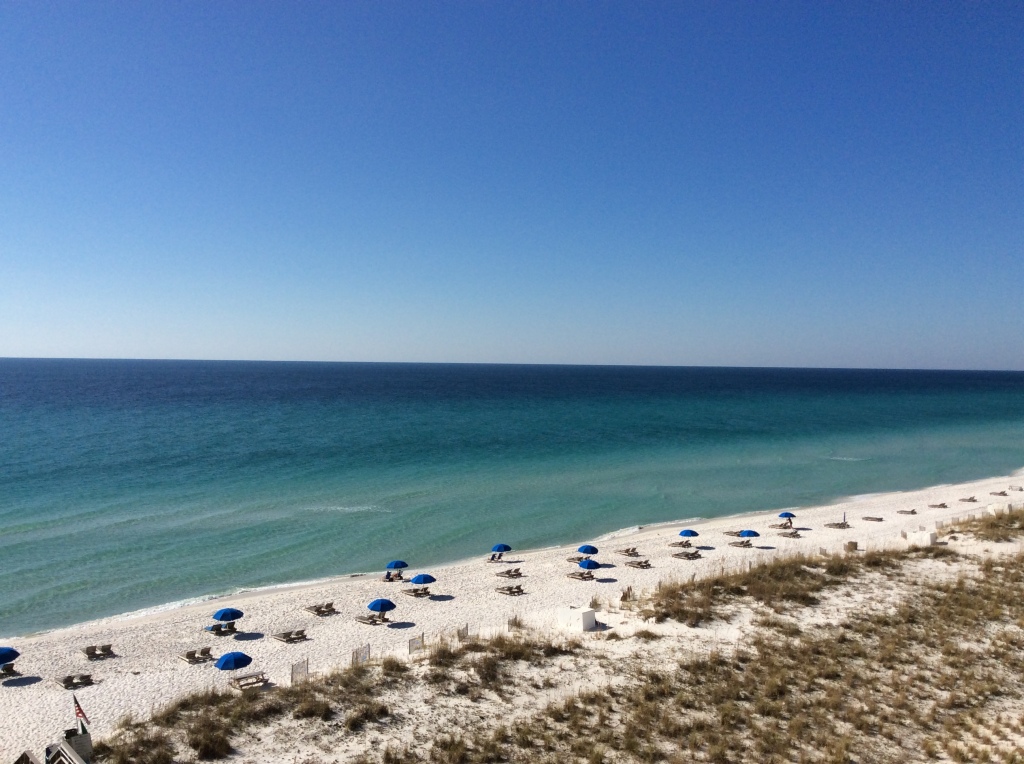 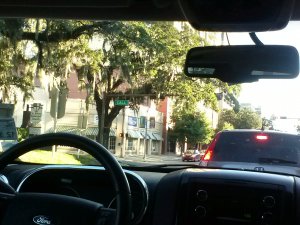 We hadn’t been back to Tallahassee since we’d left the mainland and moved to Hawaii. My husband’s first words were, “I forgot it was so green,” and then it was my turn to get us lost. We went up and down one-way streets (usually the right way), occasionally dead-ending at new construction, trying to find my old boss. Stepping inside his office, the floor moved beneath me like the deck on a heaving ship. The furniture was different, but the stacked boxes of case files were the same. My boss was sitting at his desk working from a legal pad that contained notes written in my hand. I think that must have violated some law of quantum physics. 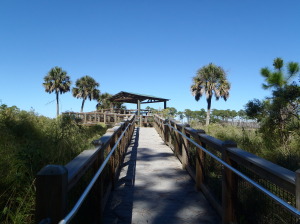 We did successfully make our way to St. Mark’s Wildlife Refuge without getting lost (if you see church marquees with crazy messages, you know you’re heading the right direction), and tracked down a few of our old favorite haunts. We visited with friends too, in New Orleans and Tallahassee, but somehow visiting with people we hadn’t seen in 8 1/2 years wasn’t as disconcerting as revisiting places. There’s a way to accommodate changes in our conversations with people, protocols for catching up and creating a bridge between what was and what is. But with places, it’s more one-sided. We’re stuck saying things like, “Remember–we used to buy expired ramen at an Indian grocery store somewhere around here,” unable to see what’s around us now–that is, create a new map in our minds of what is–until we reconcile it with what used to be.