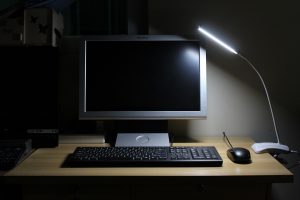 Yes, the blog post is late today (unless you live in Hawaii like me), but for good reason. Not just because I ran off this morning to get my hair cut—that’s not a good reason for you (although you’d think it was if you had to stare at the random high humidity curl in my bangs every morning). Nope, the good reason it’s late is that instead of staying up last night into the wee hours writing my blog post, I stayed up last night into the wee-ish hours (the hours when you most have to go to the bathroom?) finishing… [drum roll] the very rough draft of the next Sydney Brennan novella. Woo hoo!

But don’t too excited, even if you’re safe because it’s not the wee-ish hours. Note the “very rough” qualifier; it definitely still needs some work. In addition to rewrites, the book needs a cover and—oh, yeah, a title! But barring a zombie apocalypse powerful enough to devastate our digital worlds (maybe they eat ereaders instead of brains?), you will have the next Sydney Brennan book in hand by the end of the year.

Although shorter, novellas aren’t necessarily easier for me because–I’ve probably mentioned before–I’m a little bit weird. (Or someone may have mentioned it about me; don’t be shy when it comes to sharing names.) Let me say specifically, I’m weird when it comes to writing. Most writers struggle with the middle of novels, but that’s usually my favorite part. I’ve finally hit my stride by then, and that’s when I can really start torturing my characters. (It wouldn’t be a blog post without a mwah-ha-hah!) That means, when writing a novella, my writing really starts to flow right about the time I hit the end. :p But I like writing Sydney novellas. They’re less complicated (there’s no room for layers and subplots) and give me an opportunity to bring out issues about her past or her relationships that can’t carry a complete novel and might get lost as a subplot in one. I think of novellas as the brain palate cleansers between heavy novel courses (btw, Readers Have Spoken coined the term BPC).

That’s the case with this novella—I’m taking the opportunity to move a particular relationship forward in a way I think many of you will appreciate. And yet, because it’s Syd, she finds herself in the middle of something with lots of crazy, plan-derailing action. I started with a kernel of an idea—oh, wouldn’t it be fun if Syd and “X” went… and then they… See, simple. So why does a rough draft of something so simple require more work? Apparently, I’m not as good at compartmentalizing, or cleansing my brain palate, as I’d hoped.

I’ve devoted the bulk of this year to the Dead Hollow Trilogy. Founder, the second book in the Appalachian thriller series, was just released last month. It’s a challenging series, and the idea was to give myself a break with a Syd novella before tackling Dead Hollow Book Three. Unfortunately, if there’s a Dead Hollow/Sydney Brennan switch in my brain, I haven’t found it yet. (It’s probably tucked next to some of those lost internet passwords.) I’ll be driving or lying in bed, thinking about a character from one series, and suddenly realize my brain has slid (about 750 miles and several years) into the other. In theory that doesn’t bother me, except it often means I don’t remember anything I thought of about either series. The more vexing switching issue while writing this draft was making the transition from writing multiple points of view in third person (he or she saw, ran, said…) to becoming Sydney.

Really, that’s what you have to do to write in first person—become the character. Again. And I didn’t think it would be that hard. In many ways, Sydney’s not all that different from me. (Her fabulous hair being one obvious and enviable difference.) That may be why in this novella’s first draft, I didn’t have any difficulty generating Sydney’s snarky dialogue. However, I did have to write my way into the emotional core of the story. What do I mean by that? Basically, I could only figure out where her head is by writing the story. Sydney is not a static character. She changes as a result of her experiences, and she’s had some pretty intense experiences lately. To dip back into her world, I started by rereading chunks of Sydney’s most recent adventures, Braving the Boneyard and Club Revelations (the short story you can read on my website or download for free by joining my mailing list). Even after doing that multiple times, simply asking myself how she would have changed, who she would be now, got me nowhere. Instead, I had to explore who Sydney is by making things happen. I’d write a scene and either nod my head and move on, or feel a sense of unease… No, that’s not right. That’s not how she would react. That’s not what she would think.

Then, of course, there’s the world around Sydney to consider. I also needed to spend time with the other major character to make sure his actions and motivations felt true and consistent with what we know of him so far (plus what I know and haven’t shared with you yet). And the framework of the story he and Sydney find themselves in has to be solid and make sense. Like I said, very rough draft. But I feel good about it. And I’m hopeful that, having done this with the novella, the next big, meaty, full-length novel (to be written after DH Book Three) will go more smoothly. Because boy, do I have things in store for Sydney then! Can I get another mwah-ha-hah? 😉