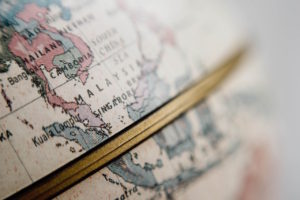 After high school, I went to a small, liberal arts college in Massachusetts (go Ephs!) that prided itself on diversity of every kind. This included geographic diversity, with students hailing from every state and a butt-load of countries. (A butt-load is a lot, by the way.) I always joked that I was the token West Virginian, but there was one other person from West Virginia in my class. We never actually met, so I don’t know if we were related.

See, that’s the kind of joke you can make if you’re from West Virginia. (Or Kentucky; the token Kentuckian and I used to trade the most appalling redneck jokes.) Be honest—that’s one of the first things that comes to mind to when I say West Virginia: redneck jokes; the John Denver song (the subject of a recent blog post); Deliverance (which was actually set in Georgia); and maybe the WVU Mountaineers, if you’re a college football fan. (Hard-core college football fans might also recall Marshall University’s Thundering Herd.) What about natural beauty?! I hear someone calling in the back. Yes! Thank you for that. Many areas of the state are quite beautiful, but then some heavily mined areas make you afraid to breathe the air or drink the water. 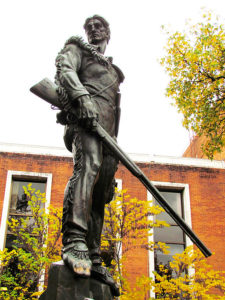 I’m sure that’s true of most states, that they have a multiplicity of settings and experiences within their borders. Our entertainment industry would have you think New York is comprised of only New York City and Upstate New York (the rest of the state). California is usually Los Angeles, or at least Southern California, unless you’re an indie movie about drinking wine. If your state begins with the letter “I,” prepare to see a corn field. (I don’t think Chicago is actually associated with a state; it just sort of is.)

A few months ago, my mother and I read a mystery set in West Virginia that neither of us enjoyed. My biggest gripe was a huge plot hole, coupled with a character’s inexplicable 180-degree turnabout at the end to be the surprise bad guy. My mother’s biggest issue was the portrayal of the fictional West Virginia town and its people, and what it would make readers think about the state. The book often reinforced negative stereotypes about West Virginia. For example, the narrative wallowed in how disgusting a particular bad guy was (including rotten teeth from drinking too much Mountain Dew), implicitly and sometimes explicitly arguing that his problems were representative of the people in West Virginia as a whole.

A couple of pitfalls come to mind when an author portrays a real setting that is outside most people’s experience. One, your portrayal bumps up against the reader’s expectations and takes them out of the story. (Wait a minute, there aren’t lakes in Texas! Are there? Let me google it.) Two, your fictional portrayal becomes their reality, their mind’s representation of that place, albeit unconsciously.

Both pitfalls preyed upon my mind while preparing to write Prodigal, the first book in the upcoming Dead Hollow Trilogy. I feared I might sugar-coat some of the darker aspects of the story, either to avoid reinforcing a stereotype or to avoid creating one. My solution: although they are strongly rooted in the state where I was born and grew up, I decided not to explicitly identify West Virginia as the setting within the books themselves. I didn’t want to invoke a man with a coonskin cap and a rifle for readers, nor did I didn’t want my focus, my themes, to become West Virginia for them.

That said, it was rewarding during last month’s visit to the state to see how much I’d gotten right. More on that—with long-awaited pics—in next week’s blog post…