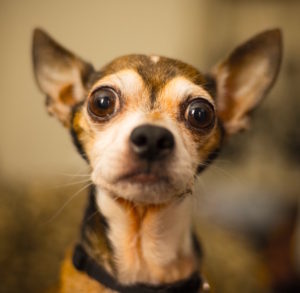 This week’s blog post will be brief because I’m bleeding out my eyes and I forgot to put the keyboard protector on my laptop. Bleeding out my eyes, people! Not really—bleeding would imply there’s some kind of fluid left in my ocular organs. No, the damage isn’t from watching coverage of the vitriolic presidential primaries. Instead, I’ve been formatting my brains out.

I should start with the good news. My copy editor finished her final pass this week, so everything remains on schedule for the May 19, 2016, release of Braving the Boneyard. Woo hoo! But that means I suddenly have a pile of things to do before then. (Flashbacks to My Kingdom for a Blurb?) And of course, the biggest portion of the pile (and the highest up the priority list) involves formatting.

I upload my books directly to four major ebook retailers, plus two aggregators (companies that distribute your books to smaller ebooks retailers). Each of these has its own file requirements and quirks. Obviously I can’t create any of these files until the book has finished copy edits. I also do paperback versions, even though at this point only about three people ever buy paperback copies. Paperback versions require a different cover from the ebook version (adding the fat spine and wily wraparound images with a back cover blurb). But you can’t get a paperback cover until you’ve prepared a final pdf version of the book. Cover designers need a template with the spine thickness, which depends on the number of pages in the book. Ah, yes, and my blurry vision (or at least the reason for it) finally becomes clear … But there’s more.

For the past four books, I’ve simply exported all of the various file types directly from my lovely writing software, Scrivener. It is relatively simple, but it’s not always easy, and your formatting options are limited, especially for paperbacks. I’ve seen some indie paperbacks (and a few traditional mass market paperbacks) that were downright unreadable, so I try to do the best I can. But like I said—simple but not easy.

Last month, I bought a template that’s supposed to make quality ebook and paperback formatting easier. When Back to Lazarus was “flagged” at one of the aggregators earlier this week, it seemed like a perfect opportunity to try out the template. (Supposedly Lazarus had links to other retailers; I don’t think that’s true, but if it did, they didn’t notice for eight months.) I learned two things very quickly: 1) There’s a reason I hate Microsoft Word, and 2) I need to write shorter books. The template probably does make the paperback look more professional, but it’s fairly futzy (did I mention MS Word?) and there are some pretty basic things (text breaks, anyone?) that required a lot of experimentation for me to come up with something that maybe works. In addition, I have to paste every chapter into the template individually, then tweak the beginning and end formatting before moving on to the next chapter. Thus the need for shorter books. In case you’re wondering, Back to Lazarus had forty-five chapters, plus an epilogue. Braving the Boneyard has fifty-eight chapters.

I just finished the template file for the Boneyard paperback, but I haven’t decided yet whether to use it for the ebooks as well. On the bright side, this particular template is both aesthetically pleasing and makes the paperbacks shorter, which will help keep their production costs (and prices) down. Back to Lazarus was forty-five pages shorter in the same trim size using the template versus me doing it by hand. Readable and economical! I was so excited at the difference and at the prospect of redoing all of my paperback books that I gushed to my husband. To which he responded, “But then you’ll need new covers.” (Remember those wily spines.)

Maybe we’ll just stick to one book at a time.