You know when there’s something going on that’s so cool, you wake up in the middle of the night and can’t get back to sleep for thinking about it? That was me this week. Seriously.

Nothing to do with Rosh Hashanah (Happy Jewish New Year!) or the first day of autumn, the only holidays that appear on the calendar next to my desk.

And I’m a little old and it’s a little early to be excited for Christmas, although I’m prepared to be contradicted on my next trip to Home Depot or Target. (On the early for Christmas part, not the old part; I should be so lucky.)

Nope, this is all excitement about writer work stuff. I hope to drop the teaser and share some real news with you in the next few weeks, but for right now, it’s still early days, and you may remember I am a Little Stitious. So I’ll just say, it’s awesome. And it’s on its way. 🙂

In the meantime, I noticed when I was posting last week’s Charlie Brown blog that it was the first Magpie Moment I’d written about Dead Hollow. (MMs are bits stolen from real life and repurposed in my fiction.)

That seemed crazy to me! After all, Prodigal was released in March, and Founder was released last week. And I have a ton of Sydney Brennan Magpie Moments. So why hadn’t I written any for Dead Hollow?

It’s hard to explain, especially when I’ve had people who know me read Sydney Brennan books and say they hear her speak in my (snarky) voice. I’d have to say the Dead Hollow series feels more personally fictionalized. Yes, I made up that phrase and I’m not sure what it means, but I have a theory that might help explain it. 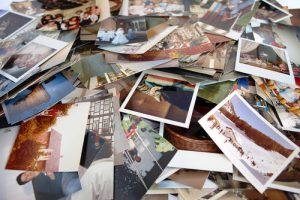 I grew up in West Virginia, and Dead Hollow draws heavily upon that decades-past time. My theory is that those memories and experiences have already been transformed—fictionalized or mythologized—in my mind.

And because Dead Hollow deals with themes of the past and a dash of paranormal, that pre-mythologized version seems appropriate to use.

It’s almost like the whole series is a Magpie Moment.

Of course, it’s not all soft focus. In fact, I’ll share a mini-Magpie Moment from the Dead Hollow series that has surprising specificity.

Thanks to the Contacts program on my phone and people constantly changing their mobile phones, I can dial maybe four ten-digit phone numbers from memory. On a good day.

Include numbers that are no longer in service, like my late grandmother’s landline (x3275) or my own from childhood (x3742), and that tally might rise to eight. I have a few other random numbers stored in my head as well, including zip codes and addresses so old they probably wouldn’t show up on a credit history.

[T]hey reached the next corner in time to see a sedan peel out of a closed used car lot. “You get the license?” Luther panted.

Luther couldn’t get his breath to save his life. He might have to take the old Sheriff’s advice and get back on the running regimen. “Yeah, that’s all I got too.”

Yes, that was a real license plate number, and yes, I still remember the remaining three numbers as well. Any guesses on the identity of that partial plate? 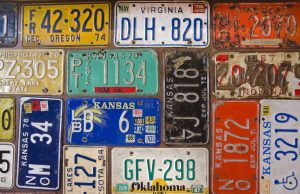 Actually, it is one of two license plates, and I’m not certain which—either my mother’s license plate when I was a child, or my first license plate as a teenager. (I’m sure I’ll hear which as soon as she reads this post.)

By coincidence, both cars were the same make and model—Ford Mavericks, if you want to really take a trip down memory lane—but they were different colors. (Mine was a remarkable shade with a slightly metallic sheen most often called “shit brown.”)

Like I said, truly useless. I’d be hard-pressed to pull up even the first three letters of my current Hawaii license plate if someone held an orbital sander to my head. And yet, it’s still taking up space.

Among the useful numbers that are stored in the boxes in my brain—my library card number, and my husband’s library card number. They’re ten digits, but it’s not as impressive as it sounds since they’re identical except for the final three numbers.

I guess sometimes memory is about priorities. 😉