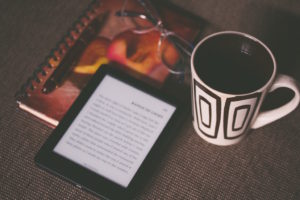 If you’re reading this post the day it goes live, today is your last chance to enter the Braving the Boneyard ebook Giveaway! In other words, you best be clicking over there now! The winners should hear from me by Monday, so watch your email. I need confirmation from winners that there are actual human beings that want a book at the provided email addresses within 48 hours, or I’ll move on to the next person on the list. I’ll announce the winners in next Friday’s blog post (surname initial only, so no need to feel shy). I’ll also be doing a Braving the Boneyard Magpie Moment (sharing little bits of real life incorporated into my fiction) next Friday. Don’t worry—it’s not a spoiler, just something that provides texture and context to Sydney’s north Florida world. Finally, I started sharing Boneyard quotes this week on my Monday Facebook quote pics and will continue to do so until the release.

With less than a month now until the May 19th release, I’m getting pretty excited, and even more scatterbrained than usual. Of course, that’s when random things arise like, Huh—that’s funny; I don’t remember having three separate email lists, or What do you mean we’ve used more than 70% of our data less than halfway through the month? Among the contributing factors (i.e., excuses) for my mental state are:

Whew—I feel better. That’s probably (more than) enough kvetching about distractions for a Friday afternoon. Oh, look, there’s the pile of library books I picked up yesterday… Is it 5:00 yet? 😉

Have a great weekend, patient readers, and remember to enter the Boneyard ebook Giveaway today!

[Ereader and coffee by Aliis Sinisalu from stocksnap.io; Travis the Dingbat Dog by Judy K. Walker]