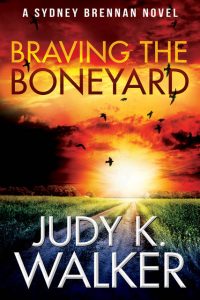 Tallahassee PI Sydney Brennan is torn between loyalty to her mentor and duty to her client—facing life in prison—when her investigation uncovers a long-buried secret that someone is willing to kill for. How far will Sydney go to protect her friend’s past, and his life?

You’ll find links to retailers (ebook and paperback) here, along with the first two chapters.

How about bonus materials, like deleted scenes? You’ll find extras for Braving the Boneyard, and the rest of the Sydney Brennan books, here.

(Note: this is an updated cover; you can see the original version of Boneyard’s cover with the Sydney Brennan Reading Order here.)

I’ve mentioned before (Magpie Moments: You Can’t Make This Stuff Up) that although I keep a file with random nuggets of story-worthy weirdness, Sydney’s stories are usually inspired by something from my own experiences. That’s the case, very loosely speaking, for Braving the Boneyard.

Back when I was a criminal attorney in Florida, there was an old race-based crime that fascinated me—not to the point of keeping a crazy-person board, but just enough to muse about it in odd moments.

It wasn’t the ins and outs of who actually did what during the crime or the bizarre things that happened during the defendants’ trials that held my attention (and believe me, both contained enough drama to fill a 1980s primetime soap opera). I was more interested in the defendants’ states of mind, who they were and what they believed—not politically, but at their cores. How did things get out of hand? And how could their actions be reconciled with their moral centers, and with the people they would eventually become decades later? 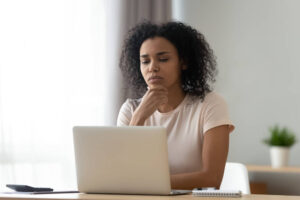 Those thoughts percolated in my head for nearly fifteen years before I wrote Braving the Boneyard. Once I started seriously considering writing something around the case (it never would have been about the case itself), I couldn’t figure out how the crime would be part of the story. Would it happen in real-time or in the past? And how would Sydney become involved?

So I came up with an alternative version of the crime, but it just didn’t feel right for the characters. I continued adding notes about the story idea here and there, while working on something else, and gradually edged away from the original crime. Ultimately, I didn’t use the facts of the case at all: there is no race-based crime in Boneyard. But years of thinking about the what if of that crime gave me insight into the characters in Boneyard and the what ifs I eventually created for them.

[By the way, although I didn’t use that original case, I did come across something else in my research—Ax Handle Saturday— that made its way into Ralph Abraham’s backstory. In fact, you’ll find a short historical note at the end of Braving the Boneyard and links to some newspaper accounts on my Boneyard Pinterest board.] 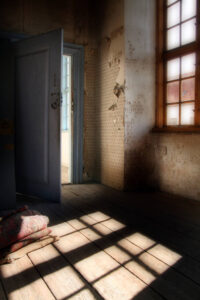 Something similar may bear fruit in the next book, a piece of shameful Florida history that really speaks to me. (Sorry to be so vague, but if I don’t keep things close to the vest early in the process, the Muse-ish part of my brain gets pissed off and locks me out of the house.)

I initially considered having Sydney investigate a parallel version of what actually happened, perhaps tracking down someone who had been involved. Then I began thinking about the generations of repercussions, and how they would manifest decades later. Now I’ve moved so far away from the original incidents that, like Boneyard, they’re nowhere to be seen. At least as I see the story now.

Of course, the way I see the story now is comparable to the way I see the time on my cellphone when Dingbat Dog starts thumping around in his crate first thing in the morning. It’s blurry and painful to look at, and the brighter bits I’m trying to read disappear right about the time I think I’ve deciphered them. I guess we’ll just have to read Sydney’s next adventure to see what shows up and what doesn’t …